What A Wonderful Month Of The Year December Is!

Three major holidays intermingle in December that are all oriented toward festivities, partying, good cheer, and gift giving. And then we close out our calendar year with a fourth holiday – New Year’s Eve. All is festive with decorations and colored lights, singing and dancing, and giving of gifts to each other.

So, what is responsible for all of the festivities and gift giving? Three major segments of our population all have similar celebrations, but for very different reasons…

Hanukkah is a Jewish festival celebrated for eight days and also known as “The Festival of Lights.” It begins on the 25th of Kislev, a month on the Hebrew calendar. It can fall on the Gregorian calendar (the one most commonly used today in western culture) any time between late November and late December, depending on the year. It commemorates the rededication of the Holy Temple in Jerusalem at the end of the Maccabean revolt of the second century BCE. Hanukkah is observed with the use of a Menorah – eight candles of equal height and a ninth candle in the middle. It is taller than the other candles and is used to light the others, one for each day of the festival. It is customary to present one gift a day to the children in the family. The festivities include special foods, games, and gift giving. Click here to find many more facts. 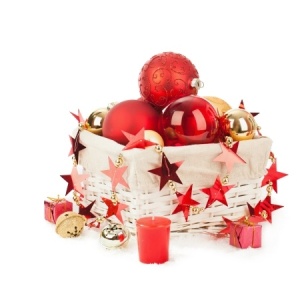 Christmas is the Christian celebration of the birthday of Jesus Christ. It is depicted in the Bible in the beginning of the Gospels of Luke and Matthew. No one actually knows when Jesus’ birthday was. It was designated by the church as December 25th sometime between 350 and 440 A.D…read more here. It is considered a holy day, but not a major Christian holiday. It has become a birthday party of sorts with decorations, good cheer, family gatherings, good food, and gift giving. It is preceded by three to four weeks of anticipation called Advent. Advent begins on the Sunday nearest to November 30th. An Advent Wreath is used to mark the four Sundays prior to Christmas. It is a wreath laid flat with a large Christ Candle in the middle surrounded by four candles in the wreath. Many Orthodox Christians celebrate Christmas on or around January 7…read more here.

Kwanzaa is a relatively new holiday celebrated from December 26 to January 1. It was first celebrated in 1966-1967 and is neither political nor religious in nature. It was created to foster pride and unity among African-Americans. Kwanzaa is a week -long celebration honoring universal African-American heritage, family life, and culture. Its focus is on seven core principles of African Heritage. The celebrations feature activities such as lighting a candle holder with seven candles (arranged very similarly to the Jewish Menorah), each representing a core principle. The colorful festivities celebrate the special African culture and include singing, dancing, special meals, and gift giving…Read more here.

New Year’s Eve is a secular holiday simply celebrating the beginning of a new year. It is often accompanied by the making of “new year’s resolutions” by individuals. The celebration begins on December 31st, during which participants dance, sing, eat and drink, and enjoy fireworks to say goodbye to the current year and celebrate the incoming one. The observance of New Year’s Eve generally extends through midnight of January 1. It is a holiday celebrated throughout the world and has many different names.

All combined these holidays make for a festive and colorful month of December! Follow this link for more resources concerning the celebrations.